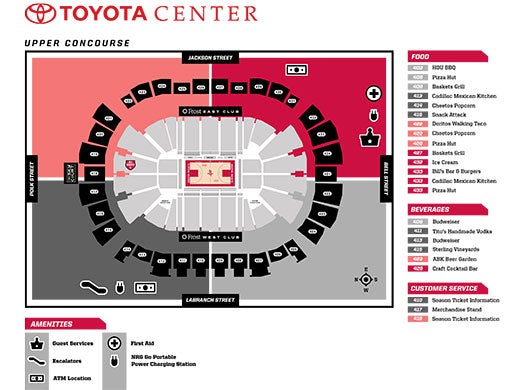 Since opening in October 2003, Toyota Center has set a new standard for sports and entertainment, becoming one of the premier live entertainment venues in the nation. Toyota Center is home to the NBA’s Houston Rockets and also plays host to the nation's top concerts and touring shows. Groups are required to work all events that their stand is scheduled to be open. All stands are open for Rockets games and third-party events.

TABC can be taken online and proof of completion certificate must be provided to Levy Restaurants prior to your first volunteer shift.

*These sessions are MANDATORY for all stand workers and leads. Available dates and a brief description of all classes will be made available as the season approaches.

*Bonuses and incentives are at the final discretion of the management team.